In this subject, students have the opportunity to develop creative skills in the areas of music video production, magazine creation and radio programming. Media texts, technologies and processes will be considered from different perspectives including analysis of their structure, features, production process and audience reception.

This page will give you resources and information to help with your understanding of media concepts and build on activities undertaken in class. To begin with, download the semester timeline and assessment summary below and keep a copy for yourself. The Year 9 Media program is built around these two documents and will help you know what you should be working on and when...

How much media do you use? 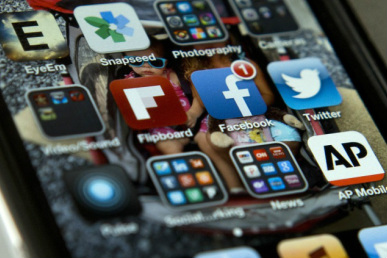 The mass media play an important role in our lives. In fact, studies have shown that teenagers spend more time interacting with the media than any other waking activity. Our society is saturated with media forms – television, newspapers, magazines, radio, the internet. The rise in portable media devices like latops, tablets and smart phones means that we’re never too far away from a constant flow of information and entertainment. It’s interesting to consider how much of your life you spend consuming media texts.

In a 2005 study conducted by Bell State University’s Center for Media Design found that the average American spends about nine hours a day using some type of media. The study also found:


“Television is still the 800-pound gorilla because of how much the average person is exposed to it,” noted Bell State University telecommunications professor Robert Papper. “However, that is quickly evolving. When we combine time spent on the Web, using e-mail, instant messaging and software such as word processing, the computer eclipses all other media with the single exception of television. The introduction of the computer into the workplace also has created a whole class of multitaskers. We thought young people would be better at multitasking, but computers have forced older workers to do more than one thing at a time to survive in the workplace.”

Download the document below to help you reflect on how the media influences your life and calculate how much time you spend interacting with different media forms...

Download File
Work your way through the research and production preparation tasks. There will be ample opportunity to class discussions and sharing your work.

Research the work of the following music video directors: Michel Gondry, Spike Jonze and Chris Cunningham.
This research will help you with the last task in your Music Video Production handout. We will watch and discuss a selection of their work in class.

The aim of this task is to act as a Record Company Representative. It is your job to come up with a new musical group. You need to identify the target audience for your group, as this will determine the type of text, fonts and colours.