The one sentence synopsis

Applicants/filmmakers are often asked to supply a one sentence version of their film story. This one sentence should give the most concentrated version possible of the story, or at least its key event.

For example, here is a one sentence plot premise for Somersault:
A teenage girl runs away from home, hoping to find herself through love, but the people she

meets are as lost as she is...

This sentence is one way to describe what happens in Somersault. In this case, it gives us the starting event, implies further events and states the protagonist’s predicament.

the one paragraph synopsis

The one paragraph synopsis is useful in finding the essence of the story because it must state very briefly and simply WHO, WHAT and HOW.

Within the space of two to four sentences, the one paragraph synopsis should set out whose story it is (the protagonist), what his or her problem is, what they do about it and the outcome.

For example, here is a one paragraph synopsis of The Boys:

Brett Sprague is released from gaol and returns home to a family he feels has disintegrated in his absence. His attempts to dominate his brothers, his brothers’ girlfriends, his own girlfriend and his mother by violence and the assertion of masculine solidarity result in the alienation and escape of the women. Finally, Brett leads his brothers in an act of revenge on one anonymous female, the scapegoat for their failures as men.

What is implied in this synopsis of The Boys is not just ‘what happens’, but the story’s thematic concerns as well.

the ‘pitch’ version of the one paragraph synopsis

Some writers may choose to write their one paragraph synopsis as a structured ’pitch’, which works like this:

Third major plot point of the story (this might be a ‘reversal’ and begin with “But...”). (Note: three plot points maximum!)
The climax.
And the resolution (what the protagonist gained or lost or learnt).


For example, here is a pitch version of Travelling North:


This is a comedy-drama about Frances, a middle-aged widow, trapped in a wintry Melbourne granny flat and subject to the demands of her unhappy daughters. She escapes with her aging but passionate lover, Frank, and travels north to the idyllic Queensland coast. But Frank turns out to be an incommunicative curmudgeon, who has hidden a heart condition from her. Plagued with guilt about her daughters, Frances must nevertheless become Frank’s nurse – with the support of the local doctor and a widower neighbour. Frances breaks through the now vulnerable Frank’s shell; they find happiness at last and marry. Frank dies, and although doctor and neighbour offer themselves, Frances has found herself and is finally free: she will go on ’travelling north’.

Before you choose your genre, we need to learn a little about them!

Choose 3 of the following trailers below. For each write down the genre of the film and  at least 4 conventions of that genre.
Find your own Youtube trailer for a different genre that is not listed and complete the same task.
What to put in your PDP?

Identify what genre your scene will be.
Research your genre, what are some famous films, scenes, where did the genre come from?
Describe the conventions you will use. Be specific and refer to specific production elements.
Explain what you want your audience to think and feel about the conventions you use.

For each of the SIX production elements, you are to document how you are going to manipulate these to fit into your genre.

What do i need to do?
MUST: For each production element you are to plan how you will manipulate it to create meaning. (You can use the table below if you like)
SHOULD: Provide pictures and images for each element that show what you want to do and ANNOTATE them. (See the example below the table) 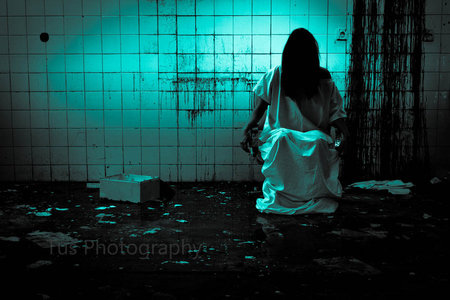 I want to create the mise en scene from this shot. The dirty and broken nature of the scene with the rubbish and blood on the wall. I also like how the hair covers her face, this makes the person look really creepy.

Use this template below to draw the shots from your scene.

A shotlist is essential in making sure you get all the shots you need, and don't come back to the post-production stage missing key shots.

Watch the video below for more information, and then use this Google Drive template which is found here.

Spend some time writing a list of what needs to be brought to school to film. It may consist of props, costumes etc.

You can begin filming in class as of next week (Tuesday 17th) if you have completed all of your pre-production.